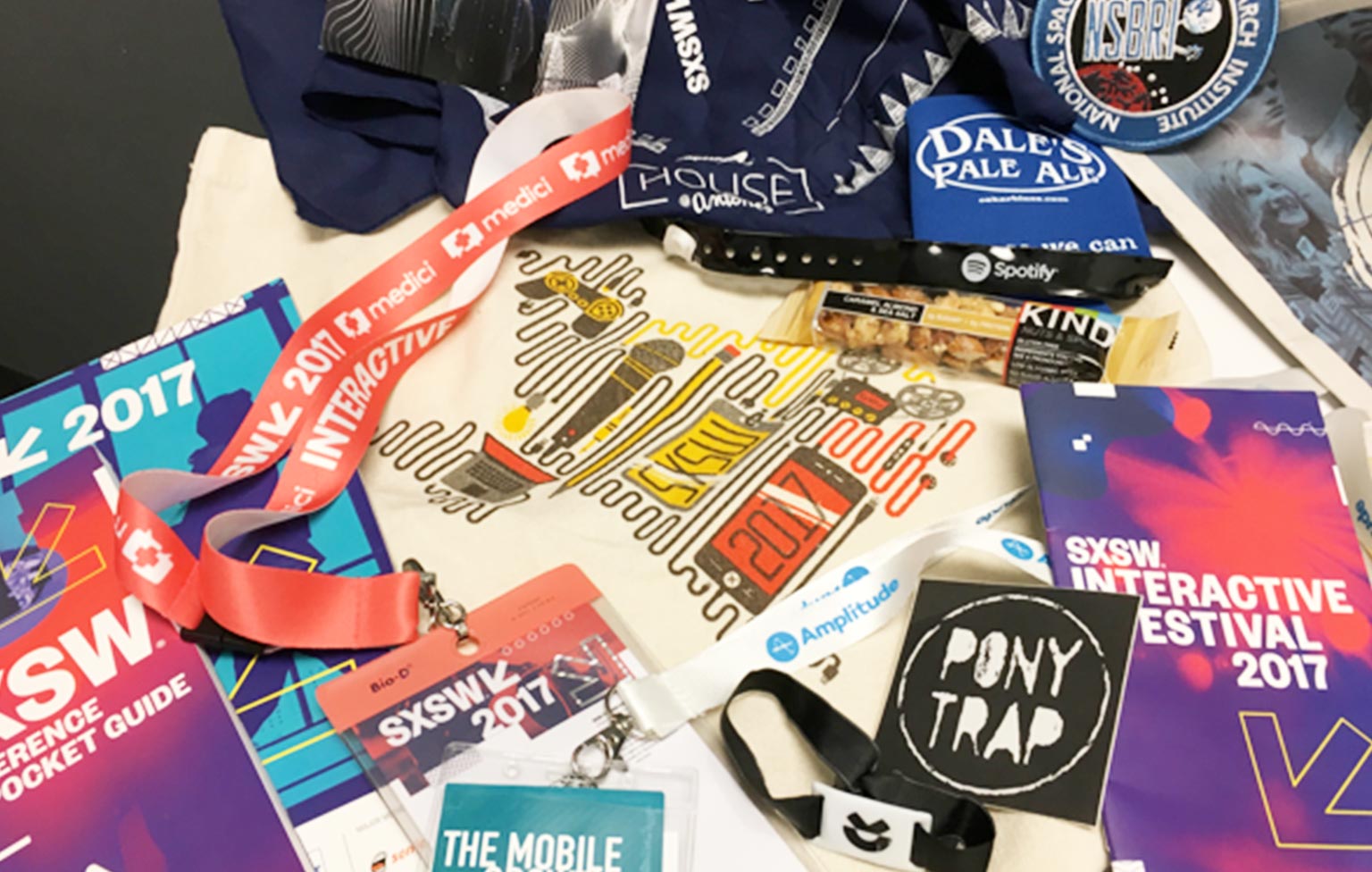 We sent Rocketeers across disciplines to SXSW this year to learn what the future has in store for technology and users. Art directors, client and sales executives, and our top brass absorbed all they could. They came away with a lot of information, but here’s the big stuff we found most interesting.

The end of "user,” a new start for “experience”

SXSW was populated with experiences. Whether to entertain or inform or possibly both, attendees were immersed in brands and concepts that sought to provide certain feelings or an understanding of something by engaging as many senses as possible. The experiences weren't about UI or overtly tactical things, but about understanding context and how to properly use that to impact people. So, we can move from "user" to “experience," because that's what is truly meaningful to people.

An overwhelming desire to create experiences that connect people

Brands and technologies use the screen to find each other and themselves. There are so many things attempting to replace human interactions- self-driving cars, robots, smart agents, virtual assistants, but we must remember we are all humans and nothing can replace what happens when humans band together. Vint Cerf, one of the internet’s creators, explained that he feels that the internet isn’t currently a safe place, but we need it to connect to one another. One of the more interesting points he made: internet architecture should be implemented alongside roads and bridges, because it is just as vital and important.

Even NASA is using the power of connection by crowd sourcing solutions to long-pondered problems. Recently, they reimagined exploration with the help of robotics and hackathons. Explorers used to take everything they needed with them in their boat or rocket ship. This only allowed us to go so far and see so much. NASA realized their travel limitations and determined reaching the farthest depths of space required sending our supplies ahead of time. With the help of a robot that unpacks our suitcases, we can take a six-month journey to a faraway planet with the hope of returning someday.

Remember when most of the things we use daily now were once visions of the future? There was a lot of that at SXSW. NASA showed off their use of AR/VR, including 360 video to not only deliver space experiences to the public, but also train astronauts for future missions to Mars and space. NASA, with one of the largest exhibition booths at SXSW, let visitors wear a HoloLens to experience a simulated walk on Mars.

Hiroshi Ishiguro from Osaka University and Ryuichiro Higashinaka from NTT demoed human-robot conversation. This was a mind-blowing change from task-based bots (e.g. Alexa, Siri). These engineers posed a question, “Is sushi better than ramen?” The robots and humans went on to have a discussion with no script, and robots only responded based on their subject matter expertise. To witness this was extremely fun!

The Reality of AR/VR

From NASA to Home Depot, SXSW held many AR/VR branded experiences. We learned of Home Depot’s virtual reality experience that helps create efficiencies in their supply chain by teaching users how to maximize cargo space for shipping goods to stores. One of the most interesting examples of this was at the National Geographic Base Camp bar, featuring a Microsoft HoloLens AR experience that blended our physical surroundings with digital educational representations of Albert Einstein’s theory of relativity right before our eyes.

What educational, entertainment, or brand experiences will we see in the future from this technology? That’s up to brands and the partners that help them make those ideas a reality (however you want to qualify that).

Published by Bottle Rocket in IoT, Wearables, Strategy and Insights