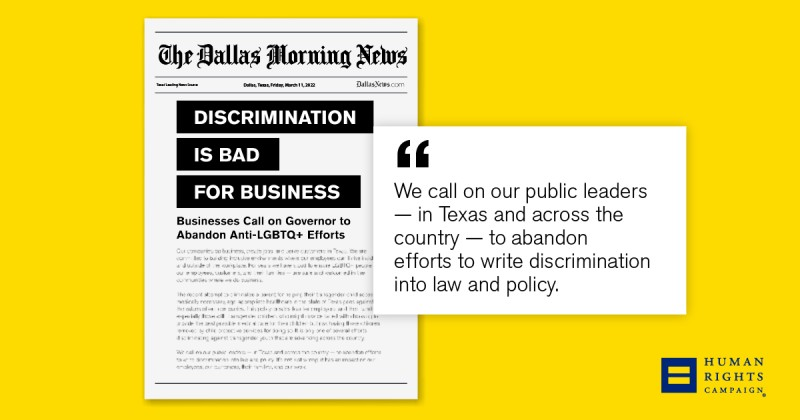 Apple, Google, IBM and dozens more call out the governor for ‘criminalizing’ transgender care: ‘Discrimination is bad for business.

’Sixty-five companies, including major tech leaders and blue-chip giants, have signed an open letter calling on Texas Gov. Greg Abbott to abandon efforts to target transgender children and their parents.

“Discrimination is bad for business” read the headline on the letter, which was published as a full-page advertisement in The Dallas Morning News on Friday.

“We are publicly taking this stand because we feel that medical decisions are between parents, children and their health care providers,” said Rajesh Midha, CEO of Bottle Rocket, a local technology firm best known for creating mobile apps and websites for dozens of well-known brands.

Published by Bottle Rocket in Culture, Retention, Diversity and Inclusion