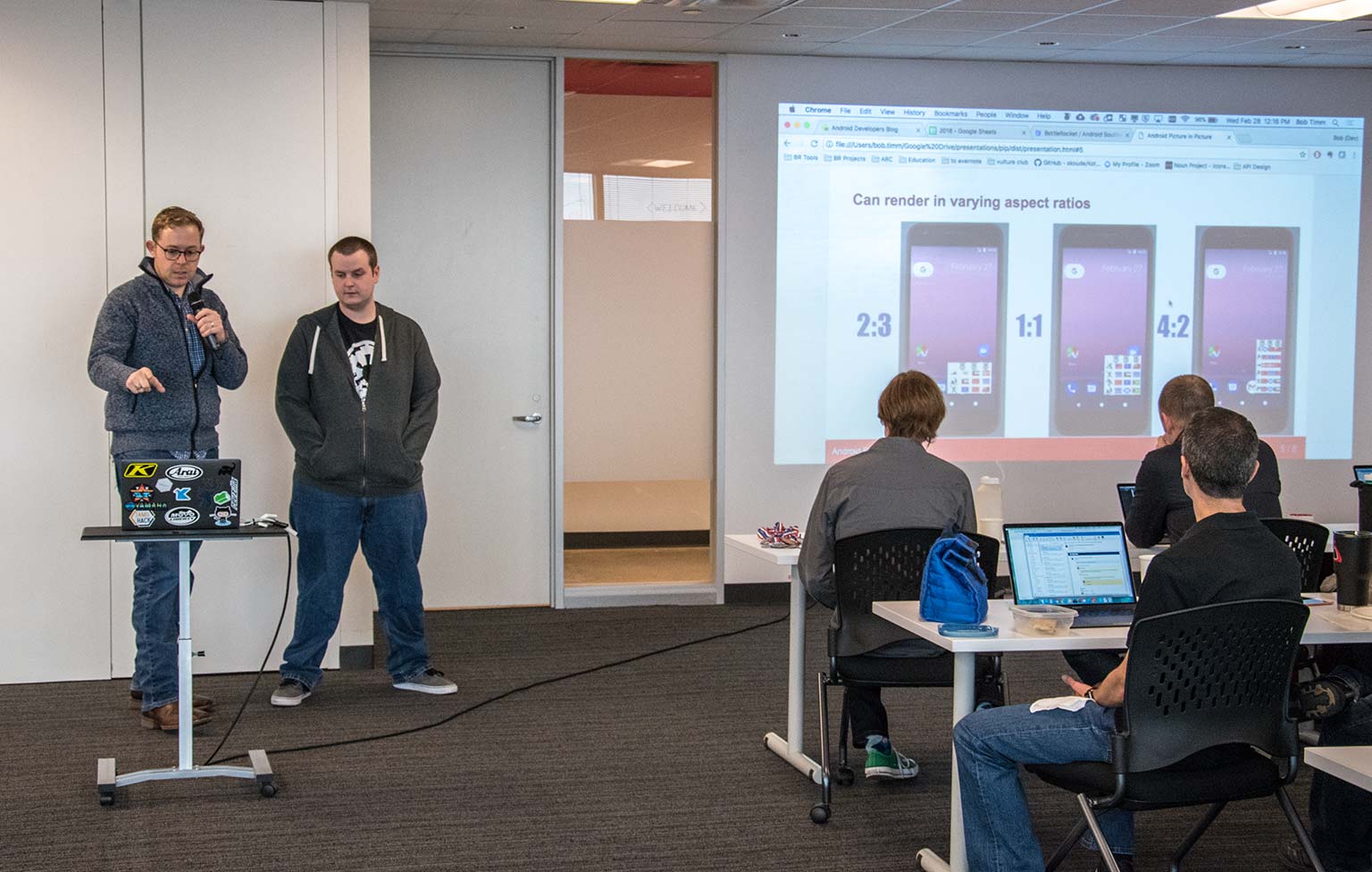 Over the past week, our developers have been hard at work on (loosely) Olympic-themed projects using the latest features and resources available from Apple, Google, and anything else that caught their attention. Before we dive into the projects and who ended up winning, we wanted to explain the importance of hackathons to Bottle Rocket's culture.

Each year, the tech giants that power the computers in our pockets release a wide range of new features and capabilities for their platforms – though some features you might not see until the following year. Whether the feature is in Beta or because we haven't found a need for it in a client's app, it is important to take the time to learn and play with them anyway. We’d rather constantly run into roadblocks building an app that literally has no purpose instead of discovering the problems in an active project.

When asked about hackathons, a Rocketeer involved in the event said, “I used to think hackathons were just for kids and college students, but I couldn’t be more wrong. They’re fun, fast-paced, and exciting, which is a great way to get students involved, but they’re still just as fun for adults.” Hackathons are a time away from the pressure of client work, where failure is without consequence. There’s no breaking of keyboards, just laughing along with the insanity of it all.

Unknowns are the bane of project estimations. The more we know about the tech in question, the fewer variables there are in planning. Instead of jumping into a project that suddenly doubles in duration due to unforeseen problems with a feature or how to best implement it, hackathons give us the time to learn everything we need to know. Then, when the time comes to add a new feature for a client, we already know what to expect.

But enough about hackathons, here’s what happened in our latest event.

Results of Our Olympic Hackathon

In First Place: The PIPlads

This team (seen in photo above) explored the new Android feature Picture-in-Picture mode. The goal was to have a live scoreboard of country medal counts displayed as you use your phone for other day-to-day tasks. They were able to get a functioning prototype completed and even discovered a few fun facts along the way. For instance, they found that if you make the aspect ratio of the minimized screen to extreme, it’ll crash. Also, they found that you could make the panel transparent – a totally useless feature unless you want to confuse your users, but a cool find nonetheless.

Riding off the concept of tracking athletes’ diets, The Things explored one of the newer sides of IoT devices in the Android ecosystem – Android Things. Using a Raspberry Pi, the team had a functioning prototype that allowed them to photograph the food they were about to eat and then automatically post it to a channel of their choice. This could, for example, allow athletes to easily snap a photo and share it with their dietitian with the click of a button.

Everyone’s a winner in our eyes when it comes to hackathons. While some may not have finished, others found that the technology they were trying to leverage was actually not ready for the spotlight.

This team put Apple’s ARKit 2D image detection and face mapping to the test with this face-painting experience. However, they ran into a roadblock trying to merge some features as the application would not allow it and crashed during each attempt to do so.

Leveraging Android’s Autofill Framework and Firebase Realtime Database, Javelin worked to create an up-to-date, real-time database that could update information and provide it as an autofill suggestion on the fly.

Alloy explored Metal, Apple’s proprietary graphics processing engine, and was able to have the five rings of the Olympics animated used 1,000 triangles.

The Monads used GraphQL and gRPC to solve API request issues and better refine the answer to a single request from a database instead of having to pull data in multiple requests.

Got an idea for your business but not sure where or how to start? Reach out to Bottle Rocket. We may just have an answer for you.