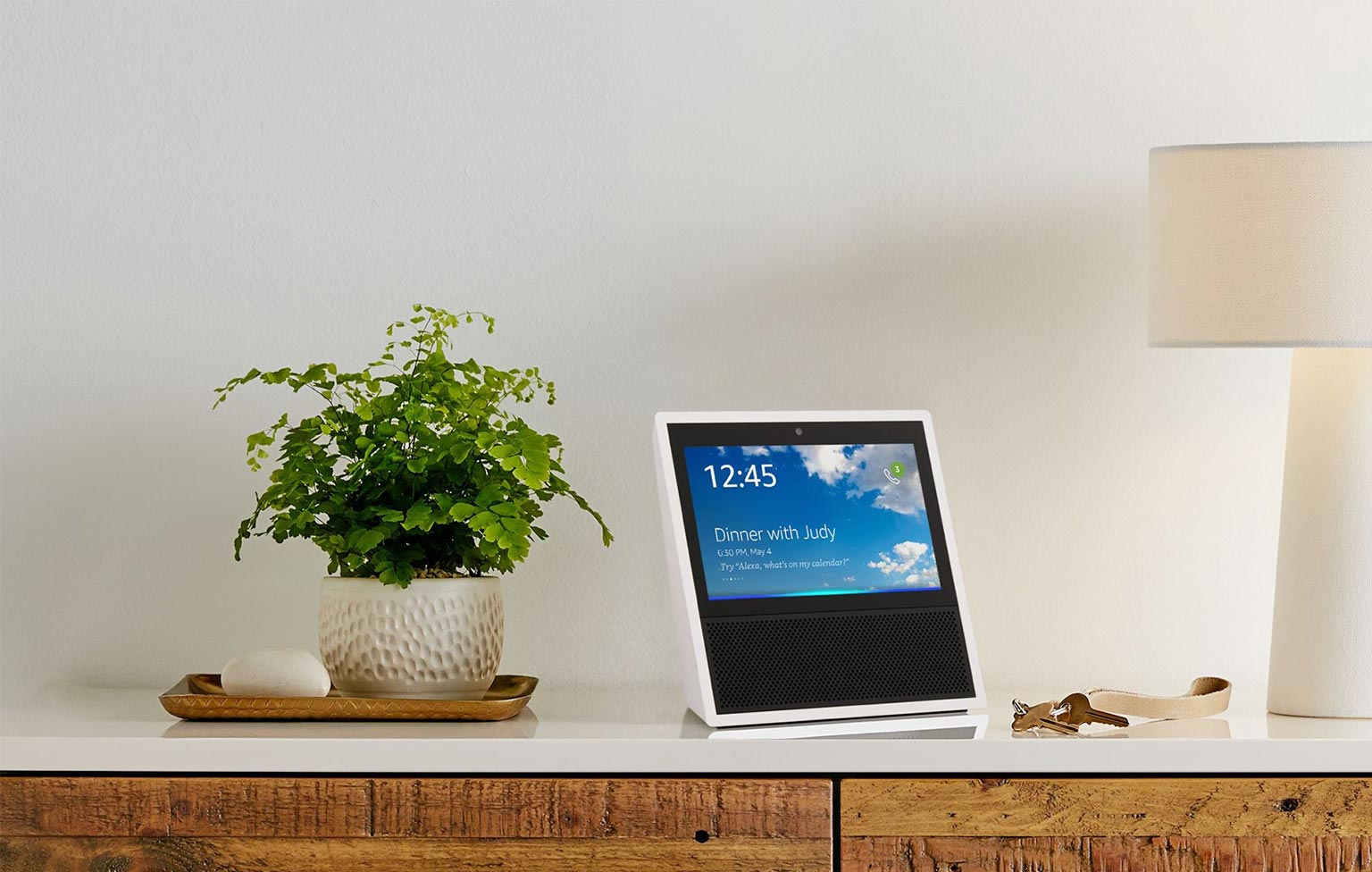 For those who have been living under a rock these past couple weeks, Amazon announced a new member to their successful family of voice assistants: the Echo Show. I already own an Echo Dot and Amazon Echo. And while technically interesting, I didn’t see a compelling use case for the Amazon Look, (I know I look fabulous in my Target T-Shirts—I don’t need Alexa to confirm).

So why then did I plunk down two hundred and change to pre-order the Echo Show? I can think of three things right off the bat.

One screen to rule them all

One of the things that surprised me when I first started using my Amazon Echo was how many “smart” devices I already had in my home. Thermostat. Television. Lights. I also discovered after just a couple of weeks devices that didn’t work in the Amazon Echo ecosystem felt clunky. While at first turning on the kitchen light via voice seemed a novelty, in short order I found myself wanting to control everything from that centralized interface.

The challenge has been some of the more complex devices, my ecobee thermostat for example, can be tricky to get just right without some visual indicators. It’s true there is a phone app, and it’s true I could just walk to each thermostat and use the controls on the device. But the idea of being able to go to one screen on my kitchen counter that is always on for everything has some appeal. Whether I’m looking to adjust temperature in a different area of the house, know when the sprinklers are next scheduled to come on, or see what zone of my security system the cat just tripped, I envision the Echo Show could be my one-stop-shop.

Current incarnations of Echo have been a welcome addition to my kitchen. There are lots of cooking skills available for Alexa, (which is awesome because I have none of my own). She’s great at reading me recipes. But there are times when I just need some visual guides. (Did she say cinnamon or cumin? #worstfrenchtoastever). Of course, you can always ask Alexa to repeat something, or, stop and wash off your hands and then double check on your smartphone. However, a plethora of voice controlled video tutorials sitting on the counter next to my toaster is not without merit.

No more arguments over song lyrics

I listen to lots of music on Echo. The speaker, (even on the Dot when you consider the price point), is noteworthy. Interrupting to ask what the current song being shuffled is, or who the artist is sometimes kills my jam. Also, it stops me from singing along, which is something I do frequently much to the dismay of my son who is home from college for the summer. On occasion, he has even suggested I might not have got the words just right. (Apparently, “saving his life from this warm sausage tea” may not be an actual lyric in “Bohemian Rhapsody.” I’ll have to get back to you on that one.) My point is I think there is something pretty cool about always being able to glance over at the lyrics of whatever you’re listening to.

Of course, the Echo Show is not without its drawbacks. One of the things I most appreciate about my other Echo household members is that the interactions are omni-directional. Often I’m not even in the same room as one of my devices. I regularly shout from the top of my stairs (much to the bewilderment of my dog) asking Alexa for the temperature outside or what is on my calendar for the day. Requiring that I face the screen and knowing the limitations of my aging eyes to perform certain functions may take some getting used to.

Still, I’m betting Echo Show will prove as or more useful than her siblings. And if sales of previous Amazon Echo devices are any clue, I’m not alone. Working at a forward-thinking technology company like Bottle Rocket, we normally get access to developer kits and pre-release software. So, if you have an idea that seems particularly well-suited for the Echo Show you should reach out. One of our iOT strategists can help you hit the ground running.