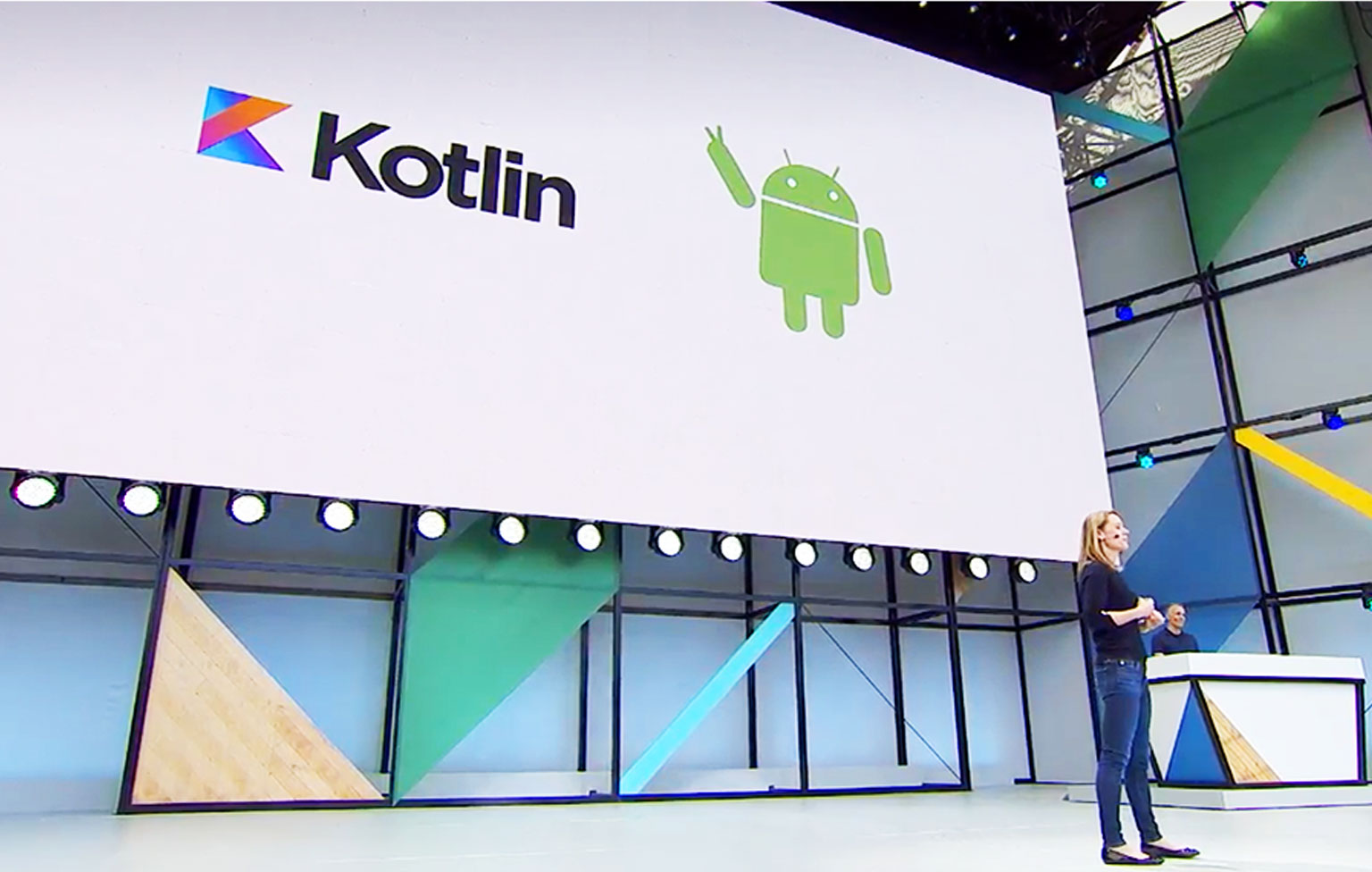 You know that moment in a love story when the main characters finally come together after being kept apart for so long? If you know what we’re talking about, then you know what the vibe was at Google I/O and Bottle Rocket when, during the opening keynote speech on Wednesday, May 17th, Google announced Kotlin is now an official programming language for Android development.

Last week, our Android engineers shared what they wanted to see most from Google I/O, and a Kotlin announcement ranked high on the list. Rocketeers cheered at the news (literally). At last! Android devs and Kotlin could be together. But what does this mean for the world of Android developers?

Bottle Rocket Android engineer Bob Timm explains what all the fuss over Kotlin is about. “Kotlin, a now five-year-old programming language, can now be written side by side with existing Java code all in the same Android project. Why? Kotlin offers language features that Java does not. Kotlin is a great complement to features that are harder to achieve in Java. The Android engineers at Bottle Rocket are very excited about this enhancement. Updates to Android Studio will allow Android developers to no longer need custom tools like Charles when digging through HTTP requests. We can do that straight from where we write code. That will be a really great feature, especially since it will save us time in setting up test devices and emulators,” says Timm.

Our Vice President of Engineering Amy Czuchlewski had the privilege of being front and center at the Google I/O keynote when the announcement was made. “My developers are going to be fired up about Kotlin. Two guys in front of me hugged when they made the announcement!” says Czuchlewski.

She’s right. Our developers are indeed fired up. Here’s a little more love for the development language that we heard around the office.

“This is HUGE!!! I’m looking forward to our Android team transitioning to Kotlin and taking advantage of its useful features. This will enable us to bring more features and value to our clients’ apps in less time. #Kotlin”

“We saw 87 lines of Java file replaced by 1 line of Kotlin file, and have heard developers report reduction of code by 30%. I am excited to hear more details.”

“I’m super excited that Google is 100% behind Kotlin now and made it a first-class language in Android. Can’t wait to get started learning/using it!”

We’re sure our Android engineers and Kotlin will live happily ever after. To learn more about the Android/Kotlin love affair, reach out and we’ll explain more.