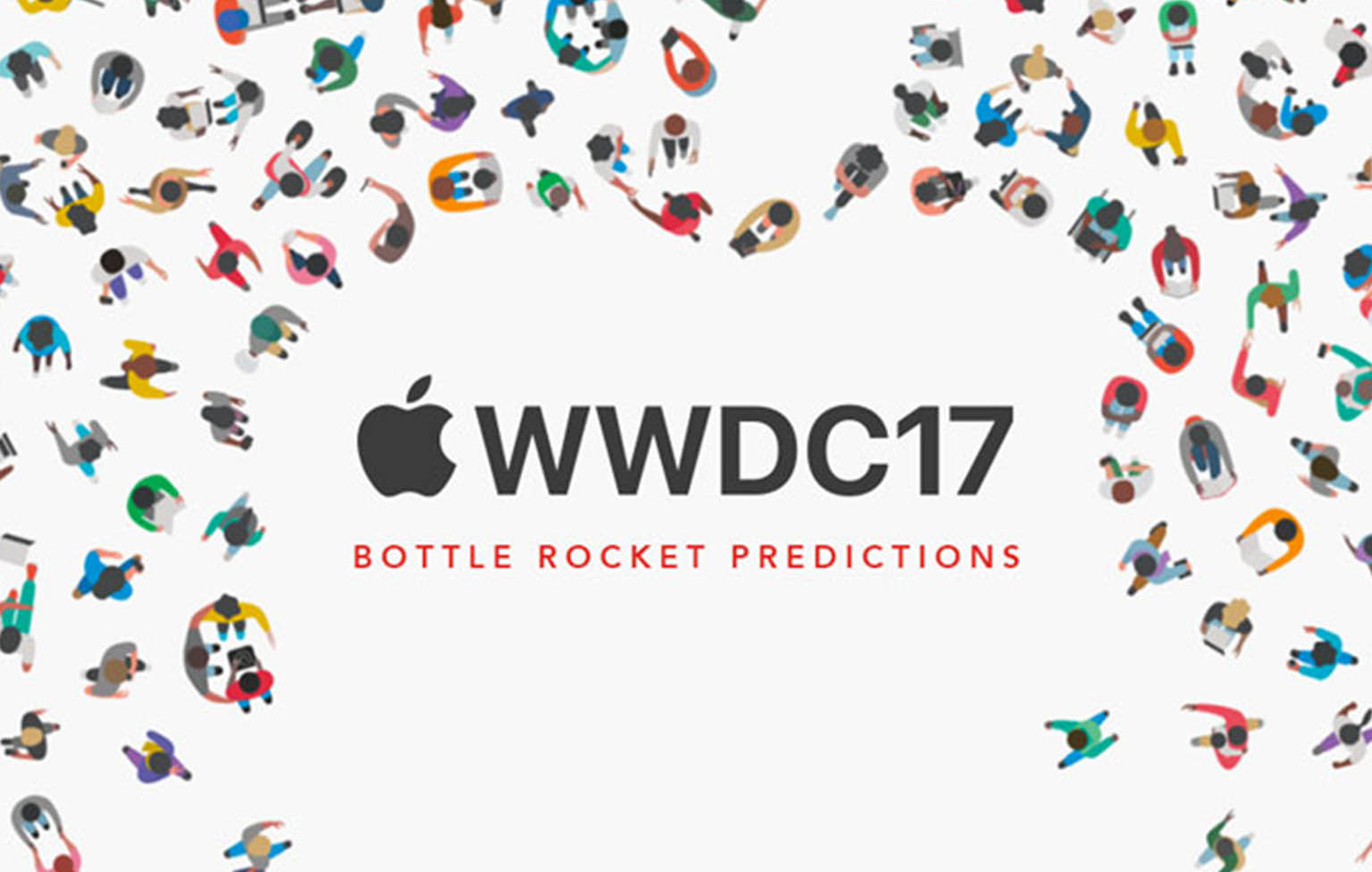 Just as our Rocketeers are coming down from Google I/O fever, Bottle Rocket’s iOS Engineers are gearing up for Apple’s 2017 Worldwide Developers Conference (WWDC). We’re sending some of our Rocketeers to the event where they anticipate announcements regarding Siri and many other surprises that present and potential clients can use to grow their businesses and further connect with customers. We’ve asked some of our Engineering Jedi (our lead engineers) what they hope to see at WWDC this year. Here’s Russell Mirabelli, Ryan Gant, and Josh Smith with expert insight (and plenty of tech talk).

As a potential competitor to Amazon Echo and Google Home, this speaker is rumored to be powered by one of Apple’s own A-series arm processors and run a variant of iOS. It is also thought to use some form of Beats technology and support AirPlay. Expected to carry a premium price, the speaker could feature high-end audio with one woofer and seven tweeters built in. If Apple does release its own smart speaker, our clients could easily leverage the code already written in their iOS apps and bring them into the home. This could be yet another platform our clients could utilize, as it opens up conversational interactions between brands and their customers.

Utilizing machine learning, or SiriKit, within an app could make the difference between having the next new thing, or having an app that'll be outdated and underused in five months. So, brands should watch for the addition of a Siri-enabled smart speaker closely, since there’s a pretty good chance Siri will get some improvements to support it.

It's a safe bet that we'll get quite a few new intent domains for SiriKit, which will bring Siri integration into many new applications. When Siri expands, it brings with it a whole new way for users to interact with your apps. Imagine asking Siri for something and your app giving you exactly what you want. There’s a good chance Apple will expand SiriKit to include more domains outside of the current Ride Booking, Messaging, Photo Search, Payments, VoIP Calling, Workouts, Climate, and Radio.

If these enhancements occur, we would be able to leverage Siri in both the speaker and on iOS devices in these ways for clients:

Steel yourself—this is straight developer talk. Our iOS developers love new tools. We know what's next in Swift for this year because it's been developed in public, but it will be nice to have those updates rolled out to our developers. Object serialization being incorporated as a language feature has our iOS team excited—this will lead to more consistent code across all our projects.

And, of course, we're about to get some new goodies in Swift. Updates to the compiler will not only help with compile times but, with any luck, we'll also get more useful error messaging, which will increase development speeds and quality of life. Our Rocketeers would also love to see another one of Apple's main apps become more open to extension. Last year we saw a little opening into Apple Maps, and it would be great if they continued expanding that. Something else we hope for, but don't really expect, is easier keychain support. Some developers avoid storing data in the keychain because it requires some C-level API usage. Apple could revamp that interface for easier accessibility via Swift. This would serve all of Apple's users by ensuring that more apps protect user data.

One area that we might see some improvements is in the persistent caching of objects in a local store. Core Data, although powerful, is cumbersome to use in Swift, and writing your cache in a keyed archiver is prone to errors. It'd be fantastic to have a solid solution that's capable of adapting both NSObject subclasses and Swift structs into a lightning-fast storage file format.

This is exciting stuff! Is your brand ready for what may come from WWDC? Keep an eye on our blog for the latest from WWDC, or get in touch and share your vision for engaging your customers via mobile or voice.